“419” Exposed: A Company That Allegedly Dupes Nigerians on Dubai Visa and Employment Through Radio Adverts!

Criminals have always taken different means to exploit Nigerians on processing of oversea employment with some of them already caught in their own web after being exposed by those who have fallen victims.

One of them as alleged is TRUST LINK NIGERIA LIMITED located at 97 Ijaiye Road, beside Ifako Internatiopnal School, Agege. The company is one of those who run adverts seamlessly on Faaji Fm Lagos, Bond FM Lagos, Radio Lagos among others. ONN has received series of complaints from memebers of the public on well planned extortions without results from the company in the past but these allegations seem to be true based on preliminary investigations carried out by ONN.

The public has complained that TRUST LINK demands a sum of ten thousand Naira (#10,000) each from individuals willing to travel to Dubai for employement due to the harsh economic conditions and high degree of unemployment in Nigeria. Everyone as alleged is to pay ten thousand Naira before he/she is allowed to ask furhter questions on prohibitive modalities for travelling.

“We pay N10k only to come to realities that the money eventually charged for processing is not affordable”, one of the complainants Segun told ONN. We took a step further after listening to one of the company’s series of adverts on Faaji Fm Lagos around 10.40am Nigerian time on Saturday 23rd of September this year.

Earlier, ONN put a call through to the advertised MTN number, 0816… and the company’s representative made it clear to us that even if we live outside Lagos, we are not allowed to ask any questions unless we first pay them ten thousand naira. All efforts to ask TRUST LINK further clarifications proved abortive as they insisted that we should first come to the advertized address and pay N10,000 – a clear indication that many may have paid that sum since as it seemed the money was more important to the company than other likely requirements.

Truly by all standard, any advertised services must stipulate the total amount required by clients to have such service rendered but TRUST LINK have negated this standard; if 1000 people for instance pay N10,000 to TRUST LINK, that equates a whooping one million Naira. The matters has been taken up by ONN and if you’re one of those allegedly duped by TRUST LINK, kindly come forward for further evidence and possibly prosecution of the company.

Previous Meet the amazon behind African Women’s Development Fund who is also the wife of Minister of Solid Minerals – Her Excellency, Erelu Bisi Adeleye-Fayemi
Next Facebook Congratulates Nigeria and its people on Independence Day Celebration 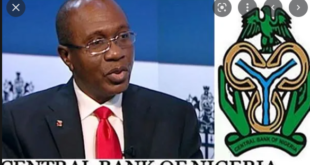 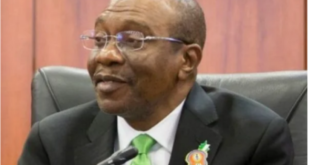 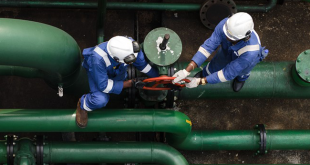