Exposed: 3 Reasons Why Pasuma was Chosen and Saheed Osupa Dumped for Lagos at 50 Celebrations

Lagos State was created in 1967 alongside others from the former Western Region of Nigeria and the 50th anniversary was held this year with a lot of activities by the administration of Akinwunmi Ambode, Lagos State governor. ONN embarked on research and sought the opinion of policy makers on the reasons for the inclusion of OGANLA 1 and the dumping of Saheed Osupa.

GENEROSITY: Pasuma has been adjudged as one of the most generous entertainers in the country unlike Saheed Osupa taunted as being stingy and selfish; As a matter of fact Pauma has a foundation that takes care of the less privileged and sponsors those desirous of learning skills through a vocational institute located in Sango area of Ogun State. 20 students benefit annually but this was increased to 50 students to mark the 50th birthday of the man with a large heart. Osupa has never been identified with any. Government felt a man who helps without asking for a return is a worthy ambassador of Lagos State.

POLITICS: Saheed Osupa is known to be a goal digger when it comes to promoting candidates for election , he jumps from one party to the other in a bid to extort whatever he could earn from anybody regardless of whether the person in question is not the right candidate or a person that would do harm to the common citizen. For instance, he sang praises for the former President Goodluck Jonathan and PDP in the 2015 presidential electioneering period even when it was glaring that the electorate was desirous of a better security apparatus and an end to corruption. Pasuma according to experts has been a man of integrity as he hardly sings for any politician that would not add value or pursue ideology that could benefit the common man. This also knocked Saheed Osupa out of Lagos at 50.

ACCEPTABILITY: Pasuma has a natural aura that attracts and endears him to any Nigerian music lover unlike Saheed Osupa whose sources of inspiration are the touts, the gangsters, and the dropouts who are menace to the society. Pasuma is known to be the only musician and indeed a Fuji Music star that has collaborated with virtually all other music artiste genres. He once did collaboration with a Christian gospel musician and has been invited to perform a crusade of the Christians despite his background as an Islamic faithful. He is so popular that that people hardly speak evil of him unlike Saheed Osupa who believes everybody is an enemy. People close Osupa say that if an innocent bird tries to berth close to him, he would chant all sorts of incantations with a mind that the witches must have sent such creature to harm him. Pauma’s popularity, cool-headedness and respect for the young and old are the key factors that earned him as one of the recognized personalities for Lagos at 50 celebrations. 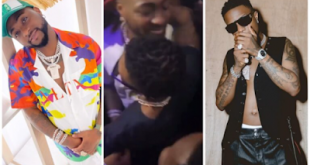 Superstar Singers, Davido & Wizkid Finally Settle, As They Hug Each Other At A Nightclub 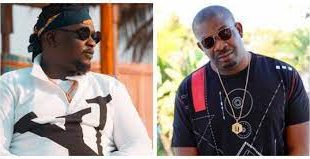 Don Jazzy: Why It Hurt When Wande Coal Left My Record Label 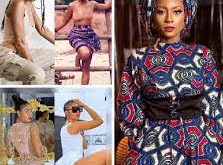 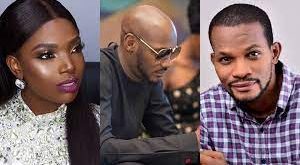 Actor, Uche Maduagwu has revealed why singer, 2Face Idibia’s silence over his marital issues while …