He was born into the palace of Alaafin of Oyo and eventually spent 25 years there before he decided to leave for a better life. He started his primary education at Kowa Nursery and Primary School which was located within the palace by then now at Bashorun; his secondary education was at Oba Adeyemi High School where he did his Junior Secondary School and later passed out at Maradesa Memorial Comprehensive College, also in Oyo. His name is Prince Adeyemi Adeleye.

As a young man with a lot of aspirations, he proceeded to Osun State College of Technology, Esa-Oke where he bagged OND in Estate Management. Ministry of Housing Lagos State gave him the opportunity to do his one year compulsory industrial attachment. Eventually he bagged his HND at Kwara State Polytechnic, Ilorin in 2013 and served during NYSC program with Ogun State Ministry of Housing, Abeokuta. His life as an undergraduate was very eventful as he got engaged in campus politics. Many of his peers did not even know he had a royal blood flowing in him, though some smart ones inferred from his surname “Adeyemi”

As the Social Director then, he engaged fellow students in entertainment activities which were first of its kind in the history of the institution. This got Adeleye endeared to even the Provost. Federal University of Technology, Akure admitted him into PGD program in Estate Management in 2014, just immediately after completing his NYSC program. As luck would have it, Emmanuel Alayande College of Education gave him an appointment, in 2015 in Works and Maintenance Department.

In spite of his background as a prince who had spent his growing years in the palace, Adeleye was remained virtuous and unmoved with the paraphernalia attached to royalty; he wanted to calve a niche for himself through personal efforts and hard work. Hear him, “I was born into the palace and brought up there till my twenties but there was never an opportunity for me to actually to live like the kings”.  His productive exuberance led him into investing his life savings into agricultural produce. Unknowingly to Adeleye, the erratic blow of life was already planning to hit him badly below the belt.

Precisely in 2016, he lost all his thousands of Naira invested in agriculture to inexplicable and mysterious circumstance; about two months earlier, his betting shop in Oyo town was burgled with his laptops, television and other valuables stolen. “I took cooperative loan to establish another shop with computer and electronic gadgets and same theft re-occurred.”Adeleye became confused and mystified. “It was a point in my life when I felt like harming myself”, he told ONN, full of emotions.

Less perturbed and with the determination to make the best out of life, Prince Adeleye Adeyemi arrived Lagos and found himself the fashion designing industry. “I never knew I would end up as a fashion designer, I wanted to run away from the vocation when I initially enrolled”, he  said. But his belief in proverbial “light at the end of the tunnel” kept his hope alive. And today, he designs for notable celebrities in every stratum of life – entertainment, politics, and business, name it. Hitherto, he enjoys patronage from Desmond Elliot (Actor and legislature, Lagos State House of Assemble),  Razak Olayiwola Ojopagogo (Entertainer and Trainer), Moji Afolayon (Actress), Gabriel Afolayon (Actor and Musician), Kunle Afolayan (Actor and Producer), Aremu Afolayan (Actor), Ibukun Afolayan (Gospel Musician),  Niyi Akinmolayan (Director of Wedding Party movie), Anu Afolayn (Film Editor), to mention but a few.

FG Confirms Some COVID-19 Vaccines Expired, Says They Were Withdrawn Before Deployment 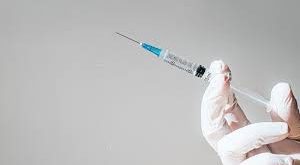 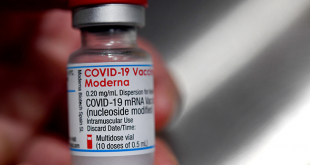 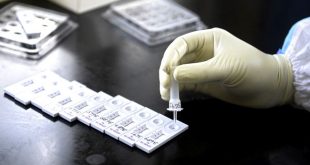