The death toll from a 7.2 magnitude earthquake that struck Haiti has risen to 1,941, the Caribbean nation’s civil protection agency said Tuesday, as a tropical storm brought torrential downpours on survivors already coping with catastrophe.

More than 9,900 people were wounded when the quake struck the southwestern part of the Caribbean nation on Saturday, about 100 miles (160 kilometers) to the west of the capital Port-au-Prince, according to the updated toll.

With more than 60,000 homes destroyed and 76,000 damaged, the United Nations’ children’s agency UNICEF said that more than half a million children have been affected by the disaster.

In the coastal town of Les Cayes, residents began building makeshift shelters on a football field despite lashing winds and pouring rain as Tropical Storm Grace passed over the country.

So few structures remained standing that people had to relieve themselves in city streets, according to Magalie Cadet, 41, who only had a shower cap to protect against the rain.

Aftershocks continued to rock the ground in Les Cayes days after the quake, further terrifying the residents.

“Yesterday evening, I took shelter near a church, but when I heard the ground shake again, I ran to return here,” said Cadet.

The government has declared a month-long state of emergency in the four provinces affected by the quake.

Rescue workers have pulled out 34 people alive from the rubble in the past 48 hours, authorities said.

The United States, which has evacuated about 40 people for emergency treatment, has chartered eight military helicopters from Honduras to continue medical evacuation efforts.

The USS Arlington, a US Navy transport ship, is also due to arrive in Haiti on Wednesday with a surgical team on board, the Pentagon’s Southern Command said. Field operating theaters are also being set up at some hospitals in the earthquake zone. 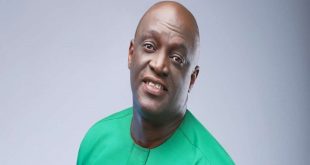