Resident Doctors Still On Strike Due To ‘Lack Of Trust’ – NMA

A deep distrust of the Federal Government’s ability to implement its promises is behind the prolonged strike of resident doctors across the country, the Nigeria Medical Association (NMA) said on Monday.

“The problem we face is that when agreements are signed, everybody goes to sleep,” NMA President, Innocent Ujah, said.

“So there is this distrust among workers. And this is not good for the country; because we expect that those who work for our President should be truthful, honest and should comply with the agreement.”

There were indications that the three-week-old strike would soon be called off after the doctors, under the aegis of the National Association of Resident Doctors (NARD) met with Federal Government representatives in Abuja over the weekend.

The meeting was brokered, in part by the NMA, which is the parent body of all doctors in the country.

But the resident doctors refused to sign the Memorandum of Understanding (MoU) produced at the end of the meeting, citing the government’s decision to institute a court action over the strike.

The resident doctors also said the government must reverse its ‘no work, no pay’ policy.

Meanwhile, a NARD spokesperson, Julian Ojebo, has said the resident doctors will not resume unless their benefits have been paid.

Ojebo, while speaking on Sunrise Daily, said resident doctors have been left ‘impoverished’ by the government’s inability to meet its demands.

He noted that signing MoUs was an academic exercise that does nothing to address the doctors’ demands.

“Payment of our benefits are the only actionable plans that can actually make us sign any memorandum of agreement of terms,” he said.

“Other than these, I don’t think we are being fair.”

The resident doctors had earlier embarked on a strike in April.

The strike was suspended within ten days after the doctors met with Federal Government representatives and an agreement was signed for implementation.

But nothing was done to implement the agreement, NARD has said, prompting the resumption of the strike action.

“Twenty-one days of strike action in this country is unacceptable,” the NMA chief Ujah said on Monday. “But the problem is that some people are not doing their work.

“This strike is avoidable. In April, we were able to convince our colleagues to suspend the action, and nothing happened anymore.

“They gave a period of notice to government, again nothing happened.

“The issue is about distrust. So government has to implement at least some of the demands.

“If the government does its own bit, there is no reason why resident doctors should not go back to work. They are not happy that when issues are raised, implementation becomes a problem.” 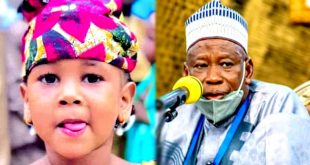 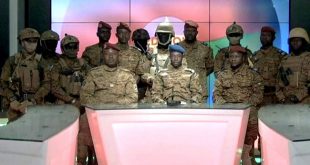