The attackers stormed his residence at Bakin Rijiya village along Shendam Road, Lafia LGA at about 11:45 pm on Tuesday night and whisked him away to an unknown destination.

The Police Public Relations Officer in the state, ASP Ramhan Nansel, confirmed the incident in a statement on Wednesday.

He said the police have launched a rescue operation and comprehensive investigation into the incident.

He said “Yet to be identified gunmen, numbering about five, stormed the house of the NASIEC Secretary located at Bakin rijiya village, along Lafia-Shendam road around 11:45 pm on Tuesday night and kidnapped him to an unknown destination.

“On 25/8/2021 at about 0145hrs, a complaint was lodged at C Division, Lafia that, on 24/8/2021 at about 2345hrs, unknown gunmen numbering about five, stormed the residence of the NASIEC Secretary located at Bakin rijiya village and kidnapped him,” the statement added.

The PPRO explained that on receipt of the information, the Commissioner of Police, CP Adesina Soyemi immediately led a detachment of Police personnel from the Command’s Anti Kidnapping unit, Police Mobile Force, Counter Terrorism Unit and other tactical units to the scene where he is suspected to have been held captive by his abductors.

He appealed to members of the public to assist the police with useful information that would help arrest the criminal elements and rescue the victim.

However, further finding by our correspondent showed that the suspected kidnappers had contacted the family members and demanded N50 million as ransom to free the victim.

A family source, who did want his name in print, confirmed this to our correspondent in Lafia.

Spread the love ...let others enjoy this story
Share
Previous BREAKING! Insecurity: Matawalle Calls For State Of Emergency In Northern Nigeria
Next Attack On NDA ‘Accelerates’ Our Resolve To End Banditry, Criminality – Buhari 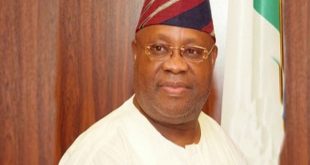