The National Youth Service Corps has stated its determination to partner the Fiscal Responsibility Commission to sensitise Corps Members on fiscal governance, transparency and public accountability.

It said the Scheme which was established for the promotion of national unity and integration would continue to leverage on its achievements for the advancement of the socio-economic development of the country.

NYSC Director-General, Brigadier General Shauibu lbrahim stated this today when the Director- General of the Fiscal Responsibility Commission, Barrister Victor Muruako paid him a courtesy visit in his office in Abuja.

He advised all Corps Employers must to tap into the potentials of Corps Members to boost the socio-economic development of the country. 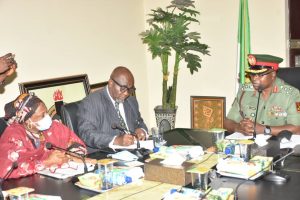 Ibrahim promised the readiness of the Scheme to collaborate with the Commission through the establishment of Community Development Service (CDS) groups that would sensitise Nigerians on the importance of good governance, transparency and accountability.

The Director-General added that the Scheme established NYSC Water and Bread factories, NYSC Farms, NYSC Garment manufacturing factories, NYSC Cultural Troupe among others to boost its revenue drive and also train Corps Members with passion in such vocational businesses.

“You need to collaborate to have Corps Members drive your process because they are very versatile and there’s need to harness their talents.

I also assure you that Corps Members will be available for your agency in form of Community Development Service group so that you can use them because it is better we prevent corruption than to cure it”, he said.

Speaking earlier, the Chairman Fiscal Responsibility Commission, Barrister Victor Muruako commended the National Youth Service Corps for its tremendous contributions to national development since inception in 1973, especially by living up to its objectives. 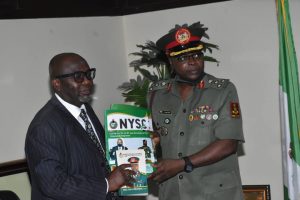 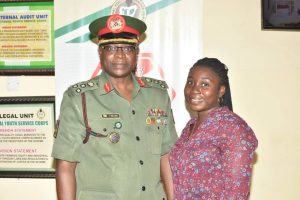 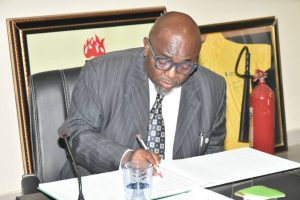 He lauded General lbrahim for his transformational leadership since he assumed duty as Director-General, describing the NYSC as the greatest driver of national cohesion among government agencies in the country.

“The future leadership of this country depends on the youth. We have identified that our mandate at the Fiscal Responsibility Commission and that of the Scheme have some common objectives which presents a veritable platform for a robust collaboration”, the Chairman said.

Barrister Muruako who described the NYSC as a strategic partner to the Commission also said the youth being the future leaders of the country need some level of preparations for the critical role that they would play as drivers of statecraft.

He disclosed that the commission was established by the Fiscal Responsibility Act No 31 of 2007 to promote and enforce the nation’s economic objectives, among others, stating the need to sensitise youth on the higher ideals of national development and necessary knowledge of fiscal governance. 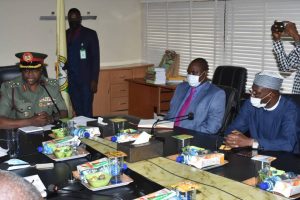 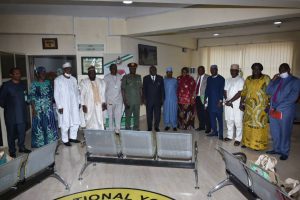 “It is the desire of our commission to be availed of the opportunity to sensitise Prospective Corps Members at the Orientation Camps on the essence of fiscal governance, transparency and accountability.

We also seek sensitisation on fiscal responsibility to be adopted as one of the CDS programmes to place the youth on a sound pedestal to lead the country well.

Muruako urged leaders at all levels of governance to offer support to Corps Members to unleash their innate abilities for societal development.

The Lagos State Government has extended the ban on commercial motorcycles, better known as Okada, …