Kogi State Government has called on women across the three senatorial districts to pay attention to their health and to grab the opportunity the government has provided through the health insurance scheme.

The government through the commissioner for women affairs and social. development, Fatima Abubakar Buba during an event GYB policy on women transformation in line with Beijing affirmative action and the launching of women advocacy for social health insurance was held in government house, Lokoja.

Fatima said the insurance scheme will provide quality health medical care to women and families at less or no cost.

Kogi State Governor Yahaya Bello represented by the Secretary to the state government, Ayoade Folashade called on women to pay adequate attention to their health.

The head of service Hannah Odiyo, and other government officials commended the state governor for signing into law the insurance scheme which they described the best that has happened to the people of kogi state.

During the inaugural symposium on GYB policy on women transformation in line with Beijing affirmative action, the discussants, Khadijat Abubakar Isah, a broadcaster and the Senior Special. Assistant to the Kogi State Governor on Electronic Media, Avoyi Nwogu commended the administration of Yahaya Bello to have done well in all areas considered at the fourth forum world conference held in 1995 in Beijing.

They called for more participation of women in politics, urged them to go for higher electoral positions come 2023 and 2024.

The secretary to the State health insurance agency, Segun Aledare and The convener and the commissioner for women affairs, Fatima Abubakar Buba emphasised why is important for women to partner with the state government to spread the good news of health insurance scheme to every person in the state.
The event which was held in commemoration of Kogi state at thirty years had commissioners, all twenty-one vice-chairpersons, DG pension commission, MD/CEO KEDA, and other government functionaries in attendance

Kogi state government was rated above 35% of Beijing affirmative action of gender equality amongst all concerns areas listed in the communique released after the conference in Beijing, China. 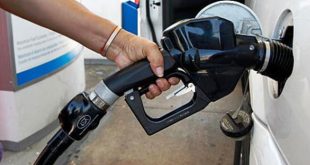