The Asset Management Corporation of Nigeria (AMCON) has initiated an entrepreneurship and empowerment programme for Corps Members.

At the end of the maiden edition of the initiative, three of the fifteen contestants came tops and were presented cheques of Five Hundred Thousand Naira each at a ceremony held at AMCON’s office in Abuja. 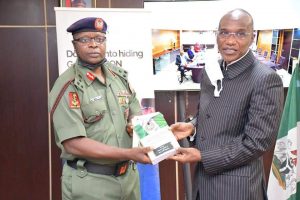 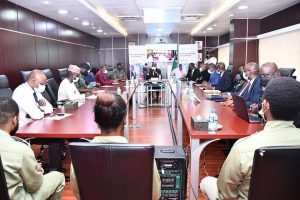 Speaking on the occasion, the Managing Director of AMCON, Alhaji Ahmed Lawan Kuru noted the high rate of graduate unemployment, and the need for stakeholders to work towards steering the mindset of the youths from that of seeking white collar jobs to that of entrepreneurial engagement.

The MD, who lauded the various empowerment programmes of the Federal Government, particularly added his voice to the advocacy for the incorporation of functional entrepreneurship training into the nation’s education curriculum. 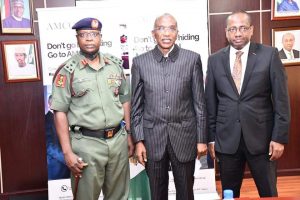 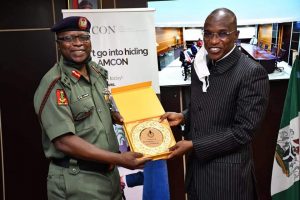 He said AMCON initiated the entrepreneurship programme for Corps Members in appreciation of the invaluable contributions of NYSC to national development.

Kuru said the intervention began with the conduct of Entrepreneurship training for the Corps Members with some members of Staff of the organisation volunteering as resource persons. 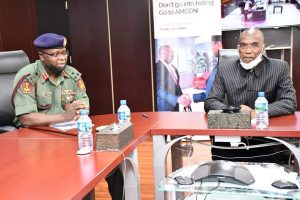 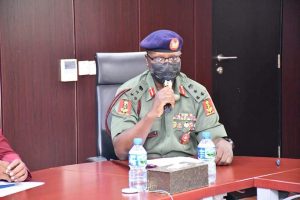 The Managing Director explained that the introduction of the business plan contest was aimed at providing funds to enable the winners actualize their business dreams and, in the process, contribute to the economic development of the country.

He further stated that aside the winners, many of the other competitors came up with excellent business ideas, adding that the latter group will also be supported with some tokens.

The MD expressed determination not only to sustain the programme, but also increase the number of winners in subsequent editions.

Kuru used the occasion to assure of AMCON’s readiness to go into broader partnership with NYSC in the area of entrepreneurship and empowerment.

In his address, the NYSC Director-General, Brigadier General Shuaibu Ibrahim, said the Scheme had been assiduous in the implementation of its Skill Acquisition and Entrepreneurship Development programme (SAED), adding that many ex-trainees of the programme were now owners of flourishing businesses.

He said Corps Members had enormous potentials for self-employment, but added that the challenge was always that of access to fund to actualize their business plans.

The Director-General said this informed the proposal for the establishment of NYSC Trust Fund, which would not only make the SAED training more functional, but also serve as sustainable source of funding for the Corps entrepreneurs.

Ibrahim thanked the AMCON Management for joining the leagues of partners supporting NYSC in the empowerment of Corps members, and assured that the Scheme would effectively partner the agency for the continued success of the new initiative. 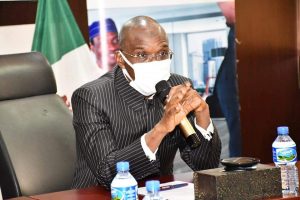 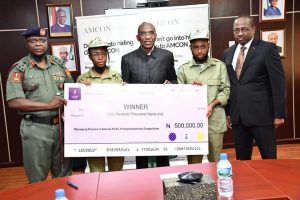 He assured that the Scheme would strictly monitor the beneficiaries of the programme and provide feedback to AMCON on their business progress.

The Director-General congratulated the winners of the competition and enjoined them to make judicious utilization of the funds given to them.

Speaking on behalf of her colleagues, one of the winners, Joana Jewel Adamu, thanked AMCON for availing them of the opportunity for empowerment, which she described as life-changing.

She assured that they would justify the confidence reposed in them through judicious utilization of the funds.

Spread the love ...let others enjoy this story
Share
Previous FG Launches Online Portal For Over 5,000 Houses
Next Tunisian Lawmaker Jailed For Sexual Harassment Of Minor