The Socio-Economic Rights and Accountability Project (SERAP) has petitioned the United Nations over what it describes as a vicious assault on Justice Mary Odili.

SERAP specifically urged Mr. Diego García-Sayán, the UN Special Rapporteur on the independence of judges and lawyers, to “put pressure on the government of President Muhammadu Buhari to conduct a credible, thorough, impartial, independent, transparent, and effective investigation into the vicious assault on Supreme Court Justice Mary Odili by rogue officials.”

SERAP also urged him to “ask the Nigerian government to ensure that any investigation into the assault is based on human rights principles and protected from undue influence. The outcome of the investigation must be made public, and the suspected perpetrators and their sponsors brought to justice.”

In the petition dated 13 November 2021, and signed by SERAP deputy director Kolawole Oluwadare, the organisation said: “The intimidation and harassment of Justice Odidi is a flagrant assault on judicial independence, and apparently aimed at further weakening judicial independence and the rule of law in Nigeria.”

SERAP said: “The unconscionable attacks against Nigerian judges would seem to be a deliberate attempt by the authorities to exert pressure on the judiciary and undermine its independence and authority. These attacks are putting Nigerians’ freedoms at risk.”

According to SERAP, “The current investigation by the Nigerian police fails to meet international standards, as it is neither independent nor effective. As such, the investigation is incapable of identifying all the suspected perpetrators and their sponsors, and credibly delivering justice in the matter.”

The petition, read in part: “We urge you to push for the adoption of a resolution by the Human Rights Council to establish an international, independent, and impartial investigative mechanism into the attack on Justice Odili, and other unresolved cases of intimidation and harassment of the judiciary, and assault on the rule of law in Nigeria since May 29, 2015.”

“An international investigation into the cases of intimidation and harassment of judges in Nigeria will meet the highest international standards and best practices, and assist the Nigerian authorities to take steps to improve respect for the independence of the judiciary, the rule of law, and access to justice for victims of human rights.”

“If not urgently addressed, the attacks, intimidation and harassment of the judiciary may render judges unable to defend the rule of law, to provide accountability for the many gross human rights violations in the country, or to protect the rights of the Nigerian people.”

“Nigerian authorities have a legal obligation to take measures to protect the independence of the judiciary, and ensure the safety and security of individual judges.”

“SERAP urges you to visit Nigeria to carry out a mission to investigate cases of intimidation and harassment of judges, assess the independence of the judiciary and the rule of law, and to continue to monitor the situation.”

“The proposed visit would help to support the efforts to bring Nigeria’s justice system in line with international standards, and free of political interference.”

“Nigerian authorities continue to fail to thoroughly, impartially, independently, transparently and effectively investigate cases of attacks, intimidation and harassment of judges, the very people who protect and guarantee human rights.”

“While the Nigerian authorities have arrested some of the suspected perpetrators, at least ten more persons reportedly involved in the assault on Justice Odili are still at large.”

“Independence of the judiciary is enshrined in the Nigerian Constitution of 1999 [as amended], and under human rights treaties including the International Covenant on Civil and Political Rights and the African Charter on Human and Peoples’ Rights to which Nigeria is a state party.”

“The attack on Justice Odili is not an isolated incident. There have been several violations of judicial independence and the rule of law in the country. In 2016, for example, Nigerian authorities reportedly invaded in the middle of the night the homes of some judges of the Federal High Court and Justices of the Supreme Court.”

“The authorities have so far failed and/or refused to identify those suspected to be responsible and to bring them to justice.”

“An independent judiciary is essential to the protection of human rights and respect for the rule of law. The principles of independence are the hallmarks of the rationale and the legitimacy of the judicial function in every State. Their absence leads to a denial of justice, and makes the credibility of the judicial process dubious.”

“It is the principle of the separation of powers, together with the rule of law, that opens the way to an administration of justice that provides guarantees of independence and transparency.”

“As expressed in the Bangalore Principles of Judicial Conduct, “Judicial independence is a prerequisite to the rule of law and a fundamental guarantee of a fair trial.”

“According to our information, on Friday, October 29, 2021, some people claiming to be soldiers and policemen, invaded the Abuja home of Justice Mary Odili. The perpetrators identified themselves as members of a government joint task force, and used a fraudulently obtained search warrant to attempt gain access into Justice Odili’s residence.”

“The perpetrators claimed they had information that “illegal activities” were going on in the residence.” 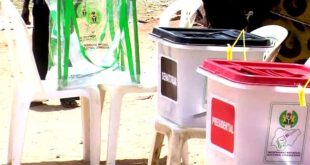 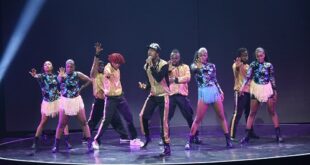 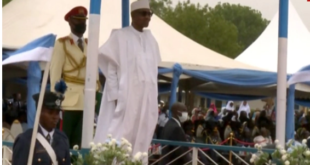