The Attorney-General of the Federation (AGF) and Minister of Justice, Abubakar Malami, has said that the issue of pardoning the leader of the proscribed Indigenous People of Biafra, Nnamdi Kanu, is premature.

Mr Malami stated this on Wednesday while appearing as a guest on Channels Television’s Politics Today.

“Pardon is a function of conviction in the Nigerian context and as far as I know, Nnamdi Kanu has not been convicted yet so the idea of pardoning him is premature,” the AGF asserted.

Buttressing his point, the minister stated that the trials associated with Kanu have not been concluded and as such the pardon option cannot get on the table just yet.

While stressing that he is not ruling the option out, Malami, however, noted that pardoning Kanu is not on the table at the moment.

Reacting to a question regarding the IPOB leader’s pardon being an option for peace in the South East, the AGF said he is yet to assess the security implications of such a decision.

Nonetheless, the Minister of Justice declared that the best interest of the public would be a major consideration if the opportunity avails itself for a pardon to be given to the IPOB leader.

Malami’s comments come a few days after leaders from the South East met with President Muhammadu Buhari to plead for Kanu to be pardoned.

While addressing the leaders, who visited him under the aegis of Highly Respected Igbo Greats, Buhari said the plea for Kanu’s release is an extremely difficult demand on him as leader of this country.

The president said, “the implication” is very serious. An unconditional release of Kanu, who is standing trial, according to the President, runs contrary to the doctrine of separation of powers between the executive and judiciary.
Stressing his policy of non-interference with the Judiciary, he said when Kanu jumped bail, got arrested, and was brought back to the country.

“I said the best thing was to subject him to the system,” Buhari added.

President Buhari further stated that Kanu should go make his case in court instead of giving very negative impressions of the country from outside. 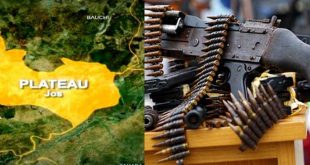 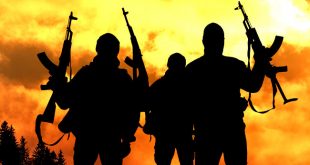