Controversial Islamic cleric, Ahmad Gumi, says he has quit mediating for armed bandits following their declaration as terrorists by the court

Mr Gumi spoke in an interview in Kaduna on Wednesday.

He had visited bandits in the forests in Zamfara and Niger states, taken medical services to them and has been urging the federal government to grant them a general amnesty as was done to the militants in the Niger Delta.

Before Mr Gumi started his campaign, the Zamfara State Governor, Bello Matawalle, and his counterparts in Katsina, Aminu Masari, had engaged bandits in their state in dialogue.

But after the approach failed to end the menace, the governors endorsed military actions against the bandits.

Mr Gumi had said his efforts in that campaign were for the sake of peace and economic prosperity of Nigeria but lamented that the efforts have been sabotaged.

Newsmen reported how the Federal High Court in Abuja declared the activities of bandits’ groups as acts of terrorism.

The verdict strengthened the call on the federal government to declare bandits ravaging the North-western and the North-central regions as terrorists.

Mohammed Abubakar, the Director of Public Prosecution (DPP) of the Federation, had filed an ex-parte application seeking to proscribe the grisly activities of ‘bandits’ who have been waging a relentless war against ordinary Nigerians in the North-west and the North-central States.

The bandits have been vicious in kidnapping and killing their captives across Zamfara, Katsina, Kaduna, Benue and Sokoto states.

And now with the declaration of the bandits as terrorists, Mr Gumi said it will be dangerous for him to continue to engage the bandits.

He told our reporter that “since the federal government has declared them terrorists, I don’t have anything to do with them anymore.

“I will not like to expose myself to danger again and to put a spotlight on myself unnecessarily,” the cleric said.

“I have tried all I could do to admonish the nation on the best way to do it, but it seems my advice has fell (fallen) on deaf ears.”

The cleric in previous media interviews had advised the federal government to grant amnesty to the bandits and to establish a ‘federal ministry of nomadic affairs’ which will address the grievances and complaints of Fulani cattle herders.

But from now, Mr Gumi said he would be a “spectator in the crisis”.

“I have endangered my life for peace by going to the forest and engaged the bandits. Among them there are rock bandits, they are dangerous, armed ready to fire.

“It is dangerous, still we risked our lives to see that we bring peace to this nation. Because somebody has to take that risk and we took it and thanked God we came out safely and knowledgeable, knowing how to come about this issue.”

Mr Gumi said, “Maybe in the future when the political situation changes for the better, we can do it again so that there will be peace, harmony and tranquillity in the country.” 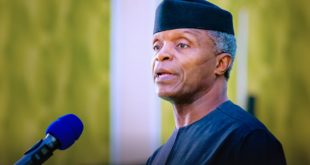