US, Russia Diplomats To Talk As Tensions Over Ukraine Rise

US Secretary of State Antony Blinken is to speak by phone with his Russian counterpart Sergei Lavrov, a day after the two sides lashed out at each other in a heated discussion on Ukraine at the UN Security Council.

Ahead of the call late Monday, Moscow sent a letter to Washington on its views, in response to written communications laying out the two sides’ positions that were exchanged over the past two weeks.

“It would be unproductive to negotiate in public, so we’ll leave it up to Russia if they want to discuss their response,” the official said.

“We remain fully committed to dialogue to address these issues and will continue to consult closely with our Allies and partners, including Ukraine.”

The call between Lavrov and Blinken comes as Western officials say Russia continues to add to the more than 100,000 troops and a wide range of war-making equipment already in place on Ukraine’s borders, including inside Moscow ally Belarus.

US officials say Moscow is set up to invade Ukraine, though a final decision has not been made by President Vladimir Putin.

US President Joe Biden said Monday that Russia faces “swift and severe consequences” if it does so.

“Today in the United Nations, we laid out the full nature of Russia’s threat to Ukraine’s sovereignty and territorial integrity of Ukraine, as well as (to the) core tenets of the rule-based international order,” Biden said in the Oval Office.

“We continue to urge diplomacy as the best way forward, but with Russia continuing its build-up of its forces around Ukraine, we are ready no matter what happens.”

The call Tuesday will be the first time that Lavrov and Blinken speak directly since the United States and NATO handed over their written responses to Russia’s demands last week.

Both rejected Moscow’s demand for a guarantee that Ukraine will not join the US-led NATO alliance, and rebuffed its insistence that the United States remove its strategic weapons from Europe.

But the US letter, Blinken said last week, also set out to Moscow a “serious diplomatic path” to resolve the confrontation.

While he made clear joining NATO was a choice for Ukraine alone, he said Washington “addressed the possibility of reciprocal transparency measures regarding force posture and Ukraine, as well as measures to increase confidence regarding military exercises and maneuvers in Europe.”

At the UN Security Council meeting Monday, Russia’s ambassador Vassily Nebenzia said no Russian official had threatened to invade and accused the United States of “whipping up tensions and rhetoric and provoking escalation.”

“The discussions about a threat of war is provocative in and of itself. You are almost calling for this, you want it to happen,” he charged.

But US officials say the Russian threat is real. On Monday, both London and Washington warned that among measures that could be taken to punish Russia if it does invade are harsh sanctions on the billionaire oligarchs close to Putin.

On Tuesday, British Prime Minister Boris Johnson will travel to Kyiv for talks with Ukraine’s President Volodymyr Zelensky on the crisis.

“It is the right of every Ukrainian to determine how they are governed. As a friend and a democratic partner, the UK will continue to uphold Ukraine’s sovereignty in the face of those who seek to destroy it,” Johnson said in a statement.

Spread the love ...let others enjoy this story
Share
Previous Facebook’s Crypto Project Diem Sold After Pushback
Next Tambuwal Declares Intention To Run For Presidency In 2023 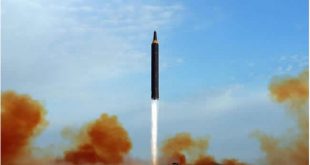 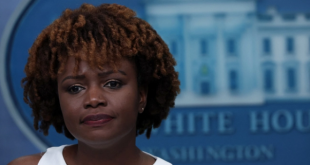 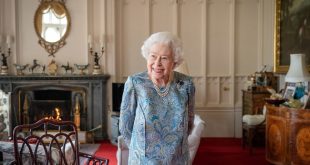 No Harry, Meghan Or Andrew On Queen’s Jubilee Balcony 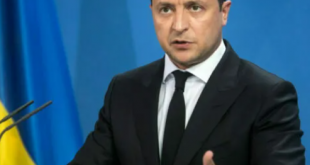