‘Only Heaven’ Has No Security Breach: Keyamo Defends Buhari’s Record 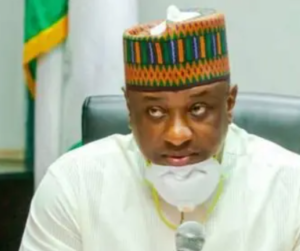 The Minister of State for Labour and Employment, Festus Keyamo, has defended the President Muhammadu Buhari administration’s record on insecurity.

“It is only in heaven, when we arrive heaven, that there will be no security breach at all. We have not arrived heaven, we are on earth. So there must be security breach. It is about how we respond.”

The Minister, who is also the spokesperson of the APC presidential campaign team, claimed the Federal Government has effectively responded to terrorist attacks, citing the case of bandits reportedly killed by the military in Abuja bushes after the capital experienced a jailbreak and the killing of elite military guards tasked with the president’s security.

It is only in heaven where there will be no security breaches. We are not in heaven yet. There are jailbreaks in America, but that doesn’t mean Government has failed. – Festus Keyamo#PoliticsToday#CTVTweet

When pressed on why the government had allowed the attacks to happen in the first place, Mr Keyamo reiterated that there are security across the world, “regrettably.”

“Unfortunately I’m not proud of it, the optics is not good. I’m not justifying it, but it’s the spin people put around it in Nigeria that I want to correct. These breaches will happen, watch how government responds; watch the capacity of government to tackle these problems.”