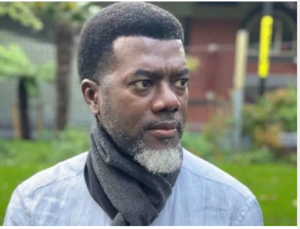 Former presidential aide Reno Omokri has argued it would be more profitable for the supporters of the Labour Party (LP) presidential candidate, Peter Obi to vote for his Peoples Democratic Party (PDP) counterpart, Atiku Abubakar.

According to Omokri, besides the chances of Obi becoming President being very slim, he would also not last on the seat of power.
Tableshaker argued that would be the case of the former Anambra Governor because the National Assembly would ensure his impeachment with days of clinching the presidential seat.

“One reason Obidients should vote for Atiku is because even if they vote for Peter Obi and he becomes President, which is very unlikely to happen, he won’t last on that seat without having Senators in the Senate. He could be impeached within days of being sworn in! #TableShaker,” Omokri tweeted.