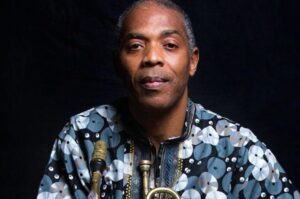 Nigerian Singer, Femi Kuti, has said that the supporters of the Labour Party presidential candidate for the 2023 elections, Peter Obi, who identify themselves as Obident, has threatened to burn down his shrine.

The son of prominent Afro beat singer, late Fela Anikulapo-Kuti, made this known on his social media handles.

He said: “I woke up today to insults abusing me, my family and my children, threatening that they will burn the shrine because they said I said Peter Obi’s supporters are zombies.”

Clearing the air, Kuti said that he was too angry, too sad and depressed to be obedient.

He added: “How can anybody come up with that term? I cannot be ‘Obedient’ in this country with END SARS killings, my grandmother was killed, my father’s house burnt, and I’m supposed to be obedient.

“Did I call Peter Obi supporters zombies? Did I say that? No. What does ‘obedient’ mean? I wouldn’t say I like that terminology for myself and will never use it.

“Nothing can make me obedient.

“I’m too angry, too sad, too depressed to be.

Kuti went on to express his reservations about Obi’s candidacy.

“That makes me sceptical.

“My family believes these people are a part of the problem in this country.

“Well, some people will say no.

“That is your business; you have the right to think like that if that is what you believe is good for you.

“But you, too, cannot tell me how to think.

“I have my reservations.

“You cannot tell me not to have reservations.”

Spread the love ...let others enjoy this story
Share
Previous Four dead as OPC, cow dealers clash at Kara Market
Next Insecurity: Flush out criminals among you, Akeredolu warns Ebiras in Ondo