Confusion As US Group Opposes Benin Bronzes’ Return To Nigeria 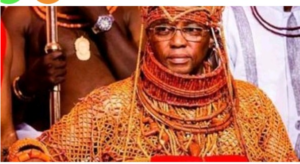 A United States civil rights organisation, Restitution Study Group, has warned against the return of Benin Bronzes to Nigeria.

The artefacts, which are currently in museums in the United Kingdom, were moved in 1897 to Britain from the Kingdom of Benin in present day Nigeria.

Hundreds of the artefacts are set to be returned to Nigeria by the Universities of Oxford and Cambridge with permission from the Charity Commission.

However, the Restitution Study Group, through a letter, warned the commission that the Kingdom of Benin would  be enriched by the return of the artefacts.

The letter read, “We ask that you reject any request to transfer them to Nigeria.

“The Kingdom of Benin, through Nigeria, would be unjustly enriched by repatriation of these relics.

“Black people do not support slave trader heirs just because they are black. Nigeria and the Kingdom of Benin have never apologised for enslaving our ancestors.

The group also urged the commission not to heed the request by Horniman Museum and Gardens to return 72 Benin Bronzes in its custody.

She said, “We want France, UK, USA and other museums to know they should keep the Benin Bronzes for the real victims, the descendants of the enslaved who paid for them with their lives, not the slave traders’ descendants.”