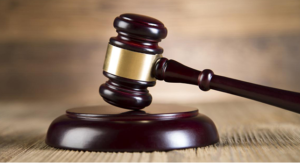 Temporary respite came for a singer accused of blasphemy as the Court of Appeal in Kano has ordered a retrial of the death sentence handed to him.

24-year-old Yahya Sharif-Aminu was handed down a death sentence by a Shari’a Court in Kano on August 10, 2020, after he was found guilty of committing blasphemy in a song.

The ruling against the resident of Sharifai in the Kano metropolis had drawn widespread among Nigerians. Despite the public outcry, the Supreme Council for Shari’a in Nigeria asked the Kano State government to execute the court judgment.

Kano State Governor, Abdullahi Ganduje, had indicated his readiness to sign Sharif-Aminu’s death sentence if he failed to file an appeal within 30 days.

But Sharif-Aminu challenged the judgment before the state high court. He had appealed the judgment in a suit filed through his counsel, Kola Alanipini.

Joined in the musician’s suits as respondents are the Attorney General Of Kano State, Musa Lawan and the Governor of Kano State, Abdullahi Ganduje.

In the Court of Appeal session on Wednesday via Zoom, the court dismissed the death sentence. It, however, denied the musician bail and ordered his re-trial before another Shari’a court judge.

The appeal panel comprised three judges. Two of the judges supported the respondents while one objected.