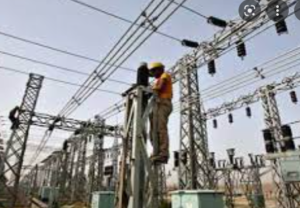 Nigerian electricity workers have suspended their nationwide strike, which led to total blackout in different parts of the country.

Ngige had summoned an emergency conciliation meeting between the Federal Government and the electricity workers on Wednesday to resolve the issues that precipitated the industrial action.

The issues are the alleged contravention of their Conditions of Service and Career Progression, stigmatisation of electricity staff by the Office of the Head of Civil Service of the Federation, and refusal of the market operators to fund the payment of entitlements of ex-PHCN staff as agreed in the December 2019 agreement.

At the end of the meeting, which lasted about four hours, the Secretary General of NUEE, Comrade Joe Ajaero, agreed to suspend the strike.

He said they would take a pause on the industrial action and wait for two weeks as agreed at the meeting for the government to address their grievances.

The President of SSAEC, Comrade Chika Ben, assured the nation that there would be no further blackout in any part of the country.

Speaking on the outcome of the meeting, Ngige said after exhaustive deliberations on the issues in dispute, they agreed to constitute a bipartite committee to look into the grievances of the electricity workers and report back in two weeks.

The Minister said the committee has two weeks to report back to the whole house.

In attendance at the meeting were the Minister of State, Power, Prince Jeddy Agba; the Permanent Secretary, Federal Ministry of Labour and Employment, Ms. Kachollom Daju, mni, Managing Director of the Transmission Company of Nigeria (TCN), Sule Ahmed Abdulaziz and the Chairman of TCN Board, Imamuddeen Talba.