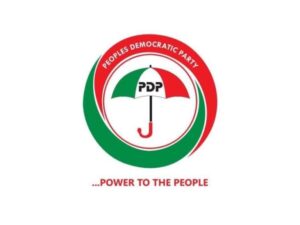 The meeting held behind closed doors at Wike’s private residence.

Both parties met after the Atiku delegation met with the Wike camp on Friday, also in a closed-door meeting.

The meeting between both camps is believed to be part of efforts to reconcile the Peoples Democratic Party’s presidential candidate and Wike.

Governor Fintiri after the meeting expressed the hopes that his committee will be able to achieve the needed peace and unity in the party.

Also speaking, Mimiko, on the Wike camp, said more talks needs to be held to address some specific issues.

Wike had lost the party’s presidential primaries to Atiku in May and was also passed over for the position of Vice Presidential candidate.

The Rivers Governor has accused Atiku of cooking up lies to tarnish his image and, although he has vowed to remain in the PDP, he has been seen meeting with politicians from the All Progressives Congress and the Labour party.