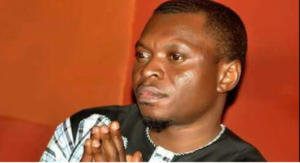 Publisher of Sahara Reporters, Omoyele Sowore, made the announcement on his verified Facebook page.

Policemen from the Force Headquarters in Abuja on Friday had stormed Jalingo’s residence.

He was later transferred to Abuja via the Murtala Muhammed Airport in Ikeja on Saturday.

When asked what the policemen said Jalingo’s offence(s) was, his wife said, “Defamation of character and infringement of integrity on Frank Ayade’s wife, the younger brother to Cross River State, Governor Ben Ayade.”

When asked about the lawyer handling the matter, she disclosed that “Femi Falana (SAN) was in the station with us this morning and has sent his lawyers in Abuja to handle the case.”

Also, Falana, in a telephone chat, confirmed to Channels Television that he has taken over the case.

Jalingo, shortly before his arrest, had told Channels Television that the police officers surrounded his house and held down his wife and daughter.

The publisher of Cross River Watch was imprisoned in 2019 at the Afokang Prison in Calabar and was released on bail on February 17, 2020 after 179 days.

However, in March 2022, a Federal High Court in Calabar, dismissed the terrorism, treasonable felony, and cybercrime charges against Jalingo.