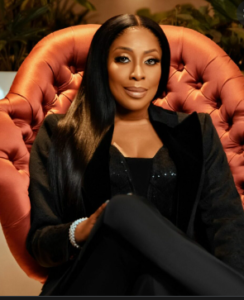 The productions are ‘Her Perfect Life’ and ‘Iyawo Mi’ (My Wife), a predominantly Yoruba language film.

Beginning in late August 2022, she will direct two short films and be in charge of the whole filmmaking process for the first time.

Since her first full-length feature, Fifty, in 2015, Ms Abudu has guided the storytelling process as an executive producer and visionary but always seeking experienced directors to help each project.

Ms Abudu attended London Film School in 2017 and completed the course in directing to improve her filmmaking skills. However, she said she enjoyed the experience so much that she decided she would run when the time was right.

In a statement, Mo Abudu said: “I believe in learning and understanding any major assignment I undertake. Directing is an art form that takes years to master, so I’m beginning with baby steps. I have written two short films I will run – Her Perfect Life and Iyawo Mi (My Wife), a predominantly Yoruba language film.

“Although these stories are fictional, they highlight the mental health challenges, hardly spoken about in Nigerian society, that many people deal with all over the world. Mental health issues can affect anyone, regardless of age, race, income or social class, and they are increasing.”

As CEO of EbonyLife TV, Ms Abudu oversaw the production of more than 1,000 hours of content annually.