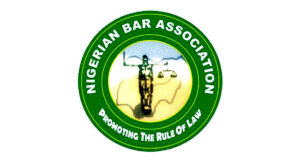 The National Executive Council of the Nigerian Bar Association has ratified the suspension of Mrs. Joyce Oduah as the General Secretary of the association.

Her suspension was ratified late Sunday evening at the NEC Meeting which is part of activities of the NBA Annual General Conference holding at the Eko Atlantic City, Lagos.

On August 15, the National Officers of the NBA, had suspended the General Secretary pending the ratification of the NEC.

Nine of the eleven officers who signed the resolution authorizing the suspension also resolved to refer her to the NEC for disciplinary action and to recommend her removal from office for gross misconduct.

At the NEC meeting on Sunday night, the council considered the wise counsel of the elders of the Bar including past Presidents and Senior Advocates of Nigeria on the need to protect the unity of the Bar and the legacies of the Olumide Akpata administration and resolved that the suspension be ratified.

The petition for the removal of Joyce Oduah from office was however stayed in view of the pendency of the court action on the issue.

Spread the love ...let others enjoy this story
Share
Previous Two Children Die As Another Building Collapses In Lagos
Next Having Nat’l Chairman, Presidential Candidate From North Is Unfair – PDP BoT Chair