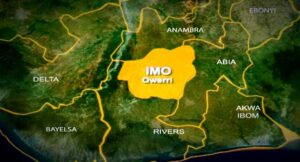 The four catholic sisters abducted last Sunday at Umulolo community along Okigwe-Enugu Expressway in Imo State have been released.

The sisters identified as Johannes Nwodo, Christabel Echemazu, Liberata Mbamalu, and Benita Agu were said to be on the way to a morning mass when they were kidnapped.

Imo state police spokesman, Michael Abattam on Wednesday, who confirmed their release disclosed that “The four reverend sisters have been freed. They were released yesterday.”

He said the hostages were released “unhurt”, but refused to reveal if ransom money was paid.

Also, confirming the release of the sisters to the press in Owerri was the Secretary-General of Sisters of Jesus The Saviour (Generalate), Zita Ihedoro,

“Today is a memorable day for us. Therefore, we wish to share this joy with all men and women of goodwill, who in one way or the other contributed to the quick and safe release of our dear sisters.

“We sincerely appreciate and thank you for your prayers and moral support during this difficult moment. May Jesus the Saviour whom we have come to serve to bless, protect and provide for you. Especially in times of difficulty.”

The abduction of the Catholic sisters was the latest attack n the southeast where separatist tensions are on the rise.

Spread the love ...let others enjoy this story
Share
Previous FG: It Will Be Insensitive To Recommence Abuja-Kaduna Train Operations Now
Next NLC Calls For Downward Review Of Licence Costs For Broadcast Organisations