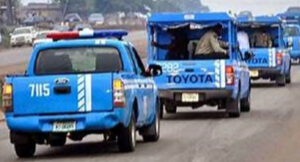 The Federal Road Safety Corps has declared rotational number plates illegal across the federation as only one number plate is assigned to duly registered car owners at any time.

A statement on Tuesday signed by the Assistant Corps Marshal, Bisi Kazeem revealed that the corps’ attention had been drawn to a video circulating on social media which displayed a vehicle with rotational number plates.

The communique also read “The vehicle number plates on display are KUJ-304BV, while the other side which was automatically flipped carries a number tagged presidency with the following details, 01B-266FG.”

The FRSC Ag. Corps Marshal, Dauda Ali Biu, has ordered a full investigation into the trend as FRSC does not produce a number plate with such double features, insisting that “only one number can be assigned to one vehicle and its owner at the same time.”

“The Ag. Corps Marshal is also using this medium to warn Nigerians from replicating same as it is considered a criminal act which has its place in law,” it also read.

FRSC recently placed a public notice on the mainstream media dissuading Nigerians and the Motoring Public regarding vehicles with unauthorised number plates as the users are not duly registered and often have sinister motives.