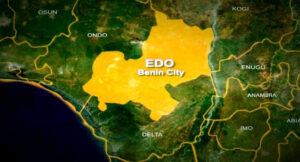 The Edo State Police Command has conducted raids and arrested 30 suspected cultists believed to be associated with inter-cult rival killings in some parts of the state in the last few days.

The Command’s deputy Public Relations Officer, Jennifer Iwegbu in a statement disclosed that following the receipt of credible information that cult activities were ongoing along Oho street, Uselu, Benin city, on Thursday, operatives of the command immediately mobilized to the scene.

She added that on arrival at the scene, the operatives of the command found the body of a young man later identified as one Taiwo Edigie, 40, with the head severed and dropped at a different location from where the body was placed.

According to the statement, a similar report was received on the same day that along Imuetiyan street off Ojo road, Ugbowo, a yet to be identified young man was killed also in connection to the ongoing cult fight.

Intense raiding was subsequently carried out around the axis the of the incident occurred and the 30 suspects were arrested.

Profiling is said to be ongoing and anyone found culpable or related to any of the cult rivalry killings would be arraigned in court upon its conclusion.

The Commissioner of Police, CP Abutu Yaro, while commiserating with the bereaved families, has assured members of the public of the Command’s unrelenting efforts to ensuring that there is no hiding place for criminals.