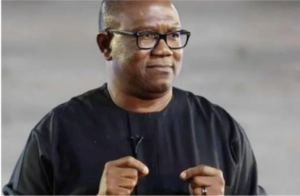 The Imo Zonal Coordinators, Peter Obi Presidential Campaign Council, have urged the State Working Committee (SWC) of the opposition Labour Party (LP) to embrace the council for the success of Obi’s 2023 ambition.

The call is contained in a statement jointly issued by the three zonal coordinators of the council – Barr Ifeanyi Olumba, Chief George Eguh and Engr Obinna Ibe for Orlu, Okigwe and Owerri zones respectively.

The statement, which was made available to journalists in Owerri Saturday, said the campaign council was formed to complement the efforts of the party towards achieving its common goal of winning the presidential contest.

According to the statement, while a political party owns a candidate, a campaign council is owned by the candidate.

The statement is titled “Political Party Versus Campaign Council: Peculiarities and Common Grounds.

“Party and campaign council function cooperatively as parallel lines that only meet at the end,” it said.

It said that the clarification became necessary, following a recent statement by the Imo Chairman of LP, Dr Ambrose Onyekwere, which disclaimed Obi’s campaign council in the state.

The News Agency of Nigeria (NAN) recalls that Onyekwere in the statement disclaimed the existence of the campaign council in Imo which was inaugurated by Prof. Pat Utomi, a chieftain of the party.

It further read: “Arising from the letter written by the state LP Chairman, Dr Ambrose Onyekwere on the constitution of Peter Obi campaign council, it became necessary to make some clarifications.

“It is practically wrong for a political party to interfere with the functions of a candidate’s campaign council.”

The statement added that in Imo situation, LP had a big role to market it’s presidential candidate, the three senatorial candidates, the 10 house of representatives candidates and the 27 state assembly candidates.

It said the Obi’s campaign council would only complement the efforts of the party in marketing its presidential candidate, and wondered why the party leadership would oppose the formation of the council.

“We therefore, call on the leadership of LP to sheath their sword and fully embrace Peter Obi Presidential Campaign Council in all the states of the federation”, it added.

Spread the love ...let others enjoy this story
Share
Previous Three women arrested for allegedly selling newborn twins for N3m, killing their mum
Next Atiku to receive Shekarau back to PDP on Sunday — Party Chairman