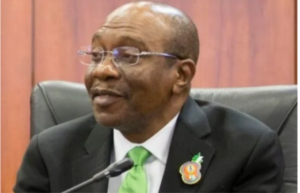 The Central Bank of Nigeria (CBN) says it is leading the drive towards diversifying the nation’s economy away from oil through its numerous interventions.

CBN Governor, Godwin Emefiele, said this at the 33rd Seminar organised by CBN for the Finance Correspondents and Business Editors Saturday in Lagos.

The conference, which held simultaneously in Lagos and Abuja, had, “Policy Options for Economic Diversification: Thinking Outside the Crude Oil-Box,” as its theme.

Emefiele said the quest for building a robust economy had remained the major component of the monetary policy.

According to him, Nigeria has largely depended on the oil sector for revenue generation over the past four decades.

He, therefore, said there was need to build a broad based and well diversified economy that would guarantee overall macro economic stability.

“The quest for building a more sophisticated economy and agricultural, micro, small, and medium enterprises, industrial and manufacturing concerns have become the major component of our monetary policy.

“Nigeria has largely depended on the oil sector for revenue generation over the past four decades, and the sustained decline in crude oil production has continued to negatively undermine the performance of the economy.

“Thus, there is the urgent need for a conscientious effort to diversify to other non-oil sectors,” Emefiele said.

Emefiele, who was represented by the Director, Corporate Communication Department, Osita Nwanisobi, said the apex bank had supported non-oil sectors such as agriculture, manufacturing, healthcare, education, power and aviation and other allied economic value chains.

He said Nigeria had become a rice exporting country as the banks flagship Anchor Borrowers programme (ABP) had changed the long-standing dependence on imported rice.

He said the CBN had through its Agriculture Credit Scheme, supported commercial farmers in the country in different value chains including oil palm, cotton, cocoa, among others.

He said the implementation of 44 items prohibited from foreign exchange for import had revealed that the bank’s continued support to the manufacturing sector and MSMEs was yielding great results.

He also said the apex bank’s health sector intervention was beginning to reduce the healthcare tourism, which according to him, was helping to conserve the country’s foreign exchange and improve well-being of Nigerians.

Similarly, Emefiele stated that the new 100 for 100 Policy on Production and Productivity, was beginning to yield quality results.

He also said the RT200 FX initiative designed to take advantage of Nigeria’s large domestic production to other regional markets, was targeted at increasing foreign exchange inflows to the economy and support exchange rate stability.

On digitalisation across all sectors, specifically in entrenching a resilient payments system, Emefiele said the bank had over the years established strategic initiatives and policies in the financial sector.

The apex bank governor said as a result, the Nigerian payment ecosystem had witnessed tremendous improvements over the years.

He said, “to consolidate its efforts towards engendering a digital economy, the bank deployed the eNaira, Africa’s first Central Bank Digital Currency (CBDC) in preparation for the payment landscape if the future given the potential benefits that will accrue to a digital economy.”