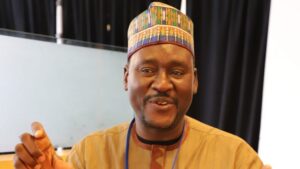 The TMG levelled the accusation in a statement issued by its Chairman, Auwal Ibrahim Musa Rafsanjani, on Saturday.

It said this was a strategy by the government to influence the process and outcome of the 2023 general elections, urging President Muhammadu Buhari in the spirit of his administration’s commitment to anti-corruption and transparency to withdraw the names of all political party chieftains or card-carrying members who have been nominated.

It sought their immediate replacement with people of integrity and unquestionable character in order to demonstrate non-partisanship in the selections and nominations.

The statement said: “Some Nigerians alleged that the recent unmerited promotions and strategic deployments across the country initiated within the Commission were to upturn votes or create inconclusive situations that will be exploited by unscrupulous politicians in forcing or rigging their way into power.

“We are more concerned by the potential impact of such a major push from the Presidency on the overall credibility, transparency and integrity of the upcoming elections in 2023. Just as we condemn in totality the appointments of card-carrying members of any political party as a controlling strategy that can compromise the competence and objectivity of INEC, under which the independence and integrity of the Commission cannot be guaranteed to deliver free, fair and credible elections.

“TMG on this note calls on President Muhammadu Buhari to, in the spirit of his administration’s commitment to anti-corruption and transparency, withdraw all names of political party chieftains or card-carrying members contained in the nominations, and consider for immediate replacements, persons of integrity and unquestionable character, to demonstrate non-partisanship in the selections and nominations.

“We call on the National Assembly to reject confirmation of all nominated party chieftains and insist on transparency and non-partisanship in the selections, to uphold democratic value and electoral integrity while proving respect for the sanity and sanctity of the rule of law.”

Spread the love ...let others enjoy this story
Share
Previous Atiku to receive Shekarau back to PDP on Sunday — Party Chairman
Next Strike: FG Should Sign Renegotiated Agreement With ASUU Immediately – Falana