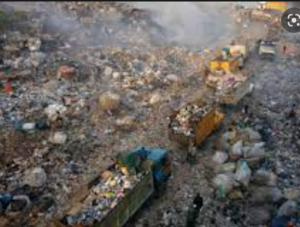 The Lagos State Environmental Protection Agency (LASEPA) says that 22,500 children died from air pollution in the state in 2021.

The General Manager, LASEPA, Dolapo Fasawe, disclosed this to journalists on the sidelines of the official kick-off ceremony for the “EKO Clean Air” project on Saturday in Lagos.

The News Agency of Nigeria (NAN) reports that the theme of the project is “Breathe Clean Air Now”.

Ms Fasawe said that the figures were derived from a report which recorded the impact of air pollution on the health of residents.

The GM said that the administration of Governor Babajide Sanwo-Olu had been very deliberate and proactive in its resolve to deliver clean air and a sustainable environment to Lagos residents.