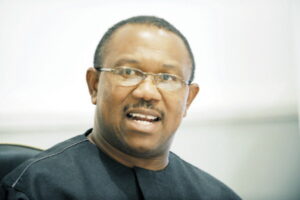 A chieftain of the Social Democratic Party, Rotimi Johnson, says his party is Nigeria’s third force though the Labour Party (LP) is gathering momentum.

Johnson’s statement was, however, immediately dismissed by Labour Party’s Deputy National Secretary, Kennedy Ahanotu, who said opposition parties will be shocked by the results of the 2023 elections.

“SDP is a third force. Labour Party because of Peter Obi is beginning to gather momentum but I don’t know how far they can go with that but if you are talking about a political party with structure all over Nigeria, that is the SDP,” said Johnson, the acting Publicity Secretary of SDP in Oyo State and a 2023 House of Representatives candidate of the party also from Oyo.

Responding immediately to the comment, Obi’s ally, Ahanotu said, “2023 election is going to shock a lot of people because the BVAS (Bimodal Voter Accreditation System) and the electronic transmission of results have made it difficult for anybody to rig elections…2023 election is credibility election.”

According to the result portal of the Independent National Electoral Commission (INEC) for the 2019 presidential election, the SDP candidate in the election, Donald Duke, scored 34,746 whilst Labour Party candidate, Mohammed Zaki polled 5,074.

On the other hand, Nigeria’s dominant parties – the All Progressives Congress (APC) and the Peoples Democratic Party (PDP) had their votes in millions in the last general elections that witnessed 73 presidential candidates.

Asked why the SDP and other political parties yet to harvest votes in millions bother to field presidential candidates, Johnson said, “I’ve failed exams before and I didn’t stop or say I will not attempt again. It’s the Nigerian project and we can’t afford to leave it to them. We have discovered that the APC and the PDP have been doing leadership or rulership exchange programme…there is a need for a third force or even a fourth force; we need to contend and rescue Nigeria from these people – we can’t fold our arms.

“I’ve had the opportunity to listen to Peter Obi many times; he is a man that is marketing himself, not even the Labour Party. He is talking about character; he is talking about integrity; Yes, I agree with him on those points but I don’t believe that the party as an organ is well-positioned to rescue this country because it is not a one-man show; you need a formidable team to work with you.

Commenting, the Labour Party’s Deputy National Secretary said, “I don’t agree with him and I don’t understand what he means by Labour Party being all about noise. For the first time in the history of Nigeria, the young generation wants to participate in the governance process and this has been lacking.

“About my candidate and about structure, Labour Party has national officers, state officers, local government officers, ward officers, and even polling unit officers.”

Ahanotu said Obi has the credibility, the antecedent, and the character to make Nigeria work by cutting off the cost of governance, and needless presidential trips, amongst others for prudent use of resources.

Spread the love ...let others enjoy this story
Share
Previous Akeredolu to teachers: it’s crime to enrol your kids in private schools
Next RECOGNISING LAGOS WHILE PLACING ADVERTISING MESSAGES ON TV