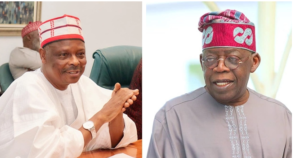 Ladipo Johnson, a spokesman for the Presidential Campaign of the New Nigeria Peoples Party, says the party’s presidential candidate, Rabiu Kwankwaso, is not working for his All Progressives Congress counterpart, Bola Tinubu.

He also said Kwankwaso did not betray the Senator representing Kano Central, Ibrahim Shekarau, who left the NNPP for the Peoples Democratic Party on Monday after he joined Kwankwaso’s camp in May.

Speaking on the rift between Kwankwaso and Shekarau, Johnson said the latter demanded certain NNPP elective slots in the Kano State House of Assembly and the Federal House of Representatives but couldn’t get it because tickets had been sold and primary elections conducted to fill such nominations.

The Kwankwaso’s presidential campaign spokesman said, “I will just give a brief background. When Shekarau was pushed out by the APC, the Court of Appeal said the structure belongs to (Governor Abdullahi) Ganduje. People reached out to or I think he reached out.

“When they (Kwankwaso and Shekarau) were coming together, there was an agreement and we both travelled to Kano from Abuja to announce everything.

“Apparently, tickets have been bought and everything and the distinguished senator pulled out. Next thing, Ganduje was in his (Shekarau’s) house. I think a day or a few days after, Asiwaju Tinubu sent him a jet and he was in Lagos as well.

“He came in and he had some members in this house who were easily accommodated but the problem I think was that he demanded about 31 seats in the House of Assembly out of about 40 and some seats in the House of Reps and he was told that people had bought their forms and things like that.”

“I will not say that he (Kwankwaso) made a promise that he didn’t keep,” Johnson said, stressing that his principal did not breach trust.