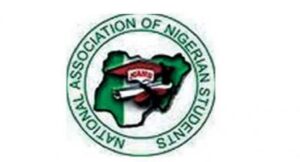 The National Association of Nigerian Students has urged state-owned universities to resume academic activities, describing the “total and indefinite strike” declared by the Academic Staff Union of Universities as “unpatriotic and wicked”.

NANS President, Sunday Asefon, stated this in a statement on Wednesday sent to Channels Television.

Asefon alleged that the decision to extend the industrial action after six months was easy for ASUU because they keep employment at various private universities around the country.

He said, “We have taken the time to review the decision of ASUU to declare an indefinite strike after the ongoing six-month strike. We consider the decision not only unpatriotic, unnecessary but wicked and definitely not in the interest of our nation nor the tertiary education system in Nigeria.”

The NANS President urged ASUU leadership in state institutions to toe the path of honour and called off the strike.

ASUU President, Emmanuel Osodeke, said in a statement on Monday that the National Executive Council of the union in Abuja “resolved to transmute the roll-over strike to a comprehensive, total and indefinite strike action beginning from 12.01 a.m. on Monday, 29th August 2022.”

Osodeke said the union has endured a “lot of deceit of the highest level in the last five and half years as the Federal Government of Nigeria engaged ASUU in fruitless and unending negotiation without a display of utmost fidelity”.

ASUU embarked on strike on February 14, 2022, over a number of issues including the non-payment of Revitalization Fund and Earned Academic Allowances as well as the non-adoption of the University Transparency and Accountability Solution over the Integrated Payroll and Personnel Information System.