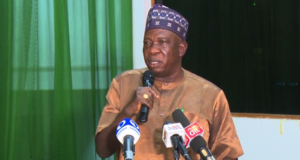 They said a full autonomy for local governments in Nigeria will help to solve challenges of insecurity and unemployment.

According to them, financial autonomy at the local government level will enable grassroots mobilisation against insecurity.

“What we are witnessing today, be it harrowing poverty, joblessness, hopelessness, banditry, insurrection, has a deep root in lack of functional local government system,” President of NULGE, Mr Ambali Olatunji, said.

“Because local government is the foundation of our national development. Once that most important, most strategic, most relevant tier of government is missing in action, you don’t expect a better society.

“Once we have a functional local government, they will be a real service centre.

“Over 60 percent of the myriad of problems confronting Nigeria would have been attended to.

“Every security challenges are local; the solution to it is local.”

Local government autonomy is part of the 44 alterations to the nation’s constitution recently passed by the National Assembly and now awaiting approval from the State Houses of Assembly before it is passed on for presidential assent.