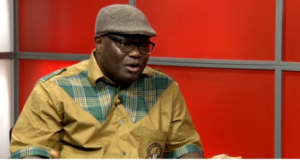 The Chairman of the Academic Staff Union of Universities, University of Lagos chapter, Dele Ashiru, says the Federal Government declared war on ASUU and lecturers in public universities are only responding to the unacceptable treatment with the indefinite strike.

“Government declared war on our union, we are only responding. Six months or seven months down the line, our members are suffering the consequences of a strike caused by the government. If you deploy the weapon of hunger upon people that is a war,” he said.

The Federal Government had on Tuesday summoned a meeting with Vice Chancellors and Pro-Chancellors for September 6, 2022, at the National Universities Commission in Abuja over ASUU’s over six-month strike which started on February 14, 2022.

But the chairman of the union in UNILAG said the proposed meeting is “part of government’s diversionary tactics” and “another jamboree to waste government’s money”.

“The Vice Chancellors and Pro-Chancellors are not in dispute with the government. So, whatever that meeting is going to achieve is yet to be seen.
What government ought to concentrate on doing is to negotiate with our union,” Ashiru said.

On claims that the government has met 80% of the demands of ASUU, Ashiru said, “Not one item (has been met), even the one that requires no money. For example, we desire that a government White Paper on Visitation Panel be released. Up till now, more than two years, (Minister of Education), Adamu Adamu cannot release White Paper.”

ASUU has been on strike over the poor welfare of its members, non-payment of Earned Allowances, and deployment of the Integrated Payroll and Personnel information system as against its preferred payment option, the University Transparency and Accountability Solution.

Ashiru, on Wednesday, maintained that the Federal Government suspend the IPPIS because it is a contravention of the university’s autonomy.

“Nimi Briggs’ Committee recommended an increase in salaries for our members. It is about how the government can fund public universities and also suggested to the government in line with the tripartite agreement that IPPIS be (suspended), because it violates the university autonomy, and then UTAS be deployed,” he said.

On the way forward, Ashiru said, “Government has not demonstrated enough good fate to enable our union to reciprocate and there is also the principle of reciprocity.

“What we think the government should do is to take immediate steps to resolve this crisis, not setting up committees.

On his part, a former Vice-President of the Nigeria Labour Congress, Issa Aremu, who also spoke on the programme alongside Ashiru, said the issue at hand is a “legacy crisis” and there is a need for “a new paradigm shift to handle the labour dispute in the education sector”.

“There have been shutdowns of public universities 16 times since 1999 and it amounts to 62 months, that comes to roughly about five years plus,” he said.

Aremu added that both parties should note that “industrial dispute is not industrial warfare” and should resolve the crisis through “time-tested collective bargains which have resolute trade disputes”.

However, Ashiru disagreed with him, saying that the government declared war on ASUU members nationwide and unleashed a weapon of hunger on lecturers who have not been paid for about seven months since the strike started.