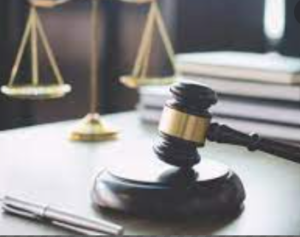 A Lagos-based businesswoman, Nkechi Ononiwu, has told an Igando Customary Court to grant her separation from her live-in lover over allegations of neglect, battery, and infidelity.

The petitioner, a resident of Adebisi Street, Igando, approached the court on Tuesday to grant her request.

“My boyfriend usually calls me ‘ashewo’ (prostitute) and also a public toilet. He is always suspicious of my movements and is quick to mention the age difference between us because I’m older,” she said.

“When I took in for my son, I informed him about it which he initially denied that he was not the one responsible.

“Later, he suggested that I should go for an abortion saying that he was not ready to take up parental role. I vehemently refused telling him that it was against the doctrine of my church.

“He later confided in his sister who summoned me and asked me to keep the pregnancy promising to inform their parents so they could perform the necessary rites, but this didn’t happen even until after I put to bed.

“When his people didn’t show up, he later suggested that I should move in with him which I did, not knowing that it was the beginning of my woes and embarrassment. He started resenting me and calling me all sorts of names due to the fact that I had had a daughter before I met him.“I found out that he had gone back to his ex-girlfriend who was living on the same street with us. When I confronted him, his response was she was the person he had planned marrying but because I got pregnant for him, he had to bring me into his home,” she said.

The petitioner further told the court that the respondent was also in the habit of beating her over any issue and that he would always come home late and pick up calls from his other girlfriends at odd hours which was one of the bases of their frequent fights.

Nkechi said her boyfriend was always getting mad and yelling at her for putting a password on her phone, adding that on two occasions he had beaten her which led to her losing two pregnancies.

She urged the court to allow her to have sole custody of the only child between them, saying that in Igbo culture since he had not married her legally he had no claim to the child.

The respondent, Bright Ononiwu, a trader, who resides at Egbeda, told the court that he had been cohabiting with the petitioner since 2015 when she took in for him and gave birth to their son.

“Since I have known her, she has been disrespectful and has been having various affairs with different men.

“She is also a violent person and I have complained severally but she would not bulge to the extent that she had been locked up before in a police station.

“I once saw a used condom in our home and she denied knowing about it when I confronted her, she would password her phones and hide things from me, her movements are suspicious too.

“On the issue of taking good care of her, it’s a lie that I have neglected her. I care for her to the best of my financial capacity and show her love as expected of me. I don’t know how else or what else she expects from me.

“I am okay with the decision of the court to separate us as she has embarrassed me severally too in the public. She had some time in the past picked up a knife to stab me telling me she grew up in Badagry and she was ‘capable of such an act,” he said.

He urged the court to order the petitioner to grant him unhindered access to their son whenever he needs to see him and also so they can both go their different ways without any bickering.

The president of the court, Adeniyi Koledoye, adjourned the case until 20 September for judgment.

Spread the love ...let others enjoy this story
Share
Previous Missing 7-year-old Lagos Boy Found, Reveals How He Was Kidnapped By Three Men
Next Man rapes friend’s wife in Lagos