Not All Of Us Are Debtors, Say Airline Operators 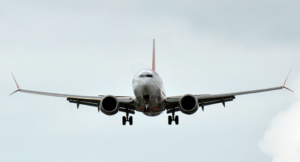 Airline Operators of Nigeria says owing government agencies does not translate to fraud, noting that “every airline in the world owes debts which are settled as their operations go on”.

In a statement on Wednesday by AON Vice President, Allen Onyema, the association said not all operators owe government agencies.

The Director General of the Nigerian Civil Aviation Authority, Musa Nuhu, had on Tuesday, read out a riot act to local airline operators in the country over N19bn and $7.6 million debts, noting that the operators refused to pay despite receiving the money from customers.

NCAA also threatened that the aviation regulator will not hesitate to suspend the Air Operator’s Certificates of defaulting airlines.

In a statement on Wednesday, however, the airline operators said, “Every airline in the world owes debts which are settled as their operations go on. Nigeria is not an exception. It is true that some of our members have very bad debts but not all our members owe such debts.

“The owing of debts in itself does not amount to fraud. We frown very strongly at the criminalization of all Nigerian airlines as a result of the said debts.”

“It is pertinent to point out that some of these debts are owed by some airlines that are no longer in existence. We, however, advise our members with such bad debts to engage the agencies and put forward repayment plans. Airlines in Nigeria are operating under very harsh environment and need all the support from everyone,” AON added.

Spread the love ...let others enjoy this story
Share
Previous Strike: ASUU Asks FG To Channel $23m Abacha Loot On Education
Next 2023: I’ll Do The Bidding Of Nigerians Not Few Individuals, Says Wike