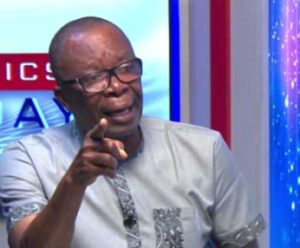 The Academic Staff Union of Universities (ASUU) has asked the Federal Government to channel the recovered $23 million Abacha loot to meet its demands.

ASUU President, Professor Emmanuel Osodeke made the call on Tuesday during an interview , while decrying the continued closure of public universities as a result of the protracted strike by lecturers.

Last Tuesday, the Federal Government and the US signed an agreement to repatriate a new batch of funds looted by the former Nigerian head of state, Sani Abacha.

Amid the government’s plan to utilise the money for the completion of the Abuja-Kano road, Lagos-Ibadan expressway, and the Second Niger Bridge, the ASUU President believes the current administration would have deployed the recovered money to education if it truly loves the sector.

Weighing on whether the Abacha loot should be diverted to the nation’s education, Osodeke said: “Definitely. Let’s use a typical man as an example, you have a house and your child is sick seriously and you were paid money that you were not expecting. Where will you put the money?”

“That child should be the first thing you will treat. Is it not? Before you will start thinking about how you are going to buy clothes.

“Your universities are shut for six months. You now have access to a fund you were not expecting, if you really love education, where should you put the money? In that particular place, they said they don’t have money. We need to love this country.”

ASUU embarked on the strike on February 14th, 2022. It then declared a four-week warning strike. But after a month, the lecturers extended it by eight weeks, saying the government needs more time to look at their demands.

Following the Federal Government and lecturers’ inability to reach a resolution, the union on May 9 further extended the strike by 12 weeks.

The university teachers are seeking improved welfare, the revitalisation of public universities, and academic autonomy among others. Several meetings between government representatives and ASUU have ended in deadlock.

One of such was held about two weeks ago with the Professor Nimi Briggs Committee at the National University Commission (NUC) in Abuja.

Spread the love ...let others enjoy this story
Share
Previous Rivers People Resisted Interference During 2019 Elections – Wike
Next Not All Of Us Are Debtors, Say Airline Operators