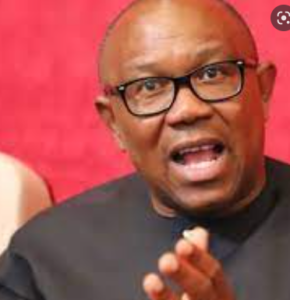 Presidential Candidate of the Labour Party in the 2023 election, Peter Obi, has said his administration will attempt to reunite Nigeria using the provisions of the law.

Mr Obi at a town hall event in Charlotte, North Carolina on Wednesday, said a review of the Constitution will be part of the overall restructuring Nigerians desire.

“We will seek to reunite Nigeria through strict adherence to Constitutional provisions on equitable representation in Federal establishments and regenerate a sense of belonging to all citizens through inclusivity and adequate representation of women, youths and people with disability in government,” Obi asserted.

He further stated that the constitutional review will entail legislative, executive and judicial actions, adding that “ultimately the Nigerian people will decide”.

The former Anambra State governor also noted that his government will proactively reassert Nigeria’s leadership role in African affairs through constructive engagement, using existing sub-regional and regional forums as well as bilateral platforms for dialogue on current and emerging challenges.

He maintained that under his leadership, the nation’s military power will be rebuilt, and economic growth will be promoted. Mr Obi further stressed that the nation’s technological prowess will be improved as to increase its diplomatic influence in sub-regional, regional and global affairs via peacekeeping activities.

Speaking further, Mr Obi said when he becomes president, his government will pay attention to tackling Nigeria’s myriad domestic challenges, in particular improving governance and promoting national cohesion in as much as an active foreign policy critically depends on a vibrant and peaceful domestic situation.

“We will tweak the security architecture, by offering each arm or agency lead in areas where they have a comparative advantage”.

In transforming the economy, Mr Obi said his administration intends to make the nation more productive, thus creating employment and prosperity for millions of youths, reducing poverty in the land, and addressing issues of criminality and insecurity.

“The Nigerian Diaspora can help to mobilize efforts in the direction of private sector investment. Beyond your sheer financial power, your contributions also include ideas, creativity, and a diverse global network.

“I foresee a Diaspora role of infinite possibilities when and if our sons and daughters, elect to deploy their technology, expertise, industrial discipline and experience, to Nigeria for national development and encourage their hosts and friends to invest in Nigeria,” the LP flagbearer declared.

Mr Obi in rounding off, said that even though the outlook seems bleak, especially with the present state of insecurity and a parlous economy, he is certain that with the avid prayers of Nigerians in the diaspora and their contributions in both human and material terms, Nigeria will recover.