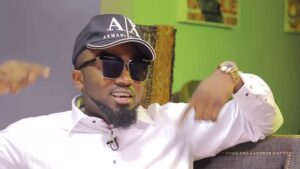 Operatives of the Nigeria Police Force have arrested popular musician, Ice Prince Zamani, for allegedly abducting and harassing a policeman.

According to available information, he was driving at about 3am on Friday (today) when he was stopped by policemen.

Zamani was said to have been questioned about driving a car without a number plate.

He was said to have agreed to be taken to a police station thereafter.

But on the way, he was accused of abducting, assaulting and threatening to throw the policeman taking him to the station into a river.

The spokesman of the Lagos State Police Command, Benjamin Hundeyin, who confirmed the development, said Zamani has been arrested.

Hundeyin said: “He has been arrested and would be arraigned today.”