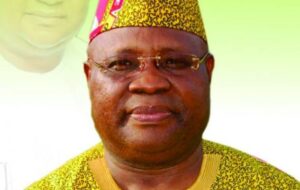 Similarly, the tribunal had granted his request to conduct a forensic audit of the BVAS machine.

The Chairman of the Tribunal, Justice Tertsea Kume, , granted Adeleke’s application to inspect and conduct a forensic audit of the BVAS machines.

Hashim Abioye, one of Adeleke’s Counsels, who spoke to newsmen after the proceeding, said there was the need to conduct a thorough forensic audit of the BVAS machine used for the election.

Recall that the Tribunal had on August 22, granted permission to Gov. Gboyega Oyetola and his party, the All Progressives Congress (APC) to inspect materials used for the July 16, governorship poll.

Oyetola and APC are plaintiffs in the suit earlier filed, challenging the victory of Adeleke at the governorship election.

INEC had declared Sen. Ademola Adeleke, governor-elect, as winner of the Osun July 16 governorship elections, where he defeated the incumbent, Oyetola.

Oyetola, who was not satisfied with the outcome of the election, dragged both INEC and Adeleke to court through his lead counsel, Yomi Aliyu SAN.