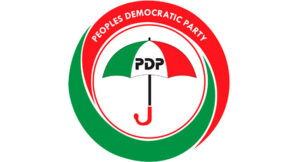 Babayemi, who emerged as a governorship candidate in a parallel congress but did not become PDP flagbearer, was alleged of anti-party activities by local executives of PDP.

The ward executive members of Otun Balogun 2 in the Ayedaade Local Government Area of the state made the pronouncement during a press briefing at the state secretariat in Osogbo on Friday.

Reading the address on behalf of the excos, the Secretary of the Ward, Ogunleye Bukayo, said the factional governorship candidate was expelled due to a petition filed against him by some party members.

“The Ward Executive Committee of the Party in the exercise of the powers conferred on it by sections 57(2) and 59 (1) (g) of the constitution of PDP hereby remove and expel Prince Dotun Babayemi from the Peoples Democratic Party. He, therefore, ceases to be a member of the PDP henceforth.”

Channels Television correspondent gathered that before the July 16 election Babayemi had tried to secure court judgment to sack Ademola Adeleke, the Osun governor-elect as the unduly elected candidate of the PDP but he lost the cases at a state high court and at an appeal court.