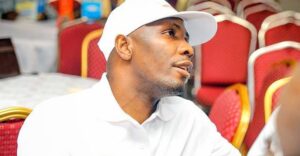 Oil Producing Communities in Edo have urged Chief Government Ekpemupolo aka Tompolo to involve them in the contract to secure oil pipelines in the Niger Delta region.

The oil producing communities in the state made the call in a statement by its spokesperson, Omoluabi Daggo in Calabar Sunday.

The communities who spoke on the shies of Combine Force Blasters (CFB), however, said that they had no issue with Tompolo being awarded the contract.

They commended the Federal government’s decision to award the contract to someone with the pedigree to police the pipelines.

Daggo noted that Tompolo is quipped with the history of the area and had been a key player in the struggle for the betterment of the Niger Delta region that produced the “golden egg” that is the country’s mainstay.

“We have no issue with Tompolo being awarded the contract since he is part of us and knows the history of the area as well as knowing what it takes to effectively carry out the assignment.

“Indeed, we, just like other Nigerians with interest of the country at heart, have been concerned about the level of crude oil theft.

“Apart from its consequences on the revenue stream of the country, vandalisation of pipelines have also affected environment of the oil producing communities.

“So, let it be noted that we have no problem whatsoever with Tompolo handling the project,” he stated.

Daggo stated that their only misgiving about the contract was oil producing communities from Edo not being included in it.

According to him, for sometime now, we have watched Tompolo host some states on the subject matter with the award of slots to various communities and militant generals.

“Though we are carefully waiting to hear from him, we are ready to cooperate with him to effectively protect and police the pipelines.

It would be recalled that the Federal Government had recently awarded surveillance of pipelines contract to the former militant general in the region.

The decision to award the pipelines contract followed the massive crude oil theft that had seen to loss of daily oil production by the country.

Tompolo on his part, had called for the understanding of all as regards the pipelines contract.

He pledged to carry everybody along, give all stakeholders a sense of belonging and ensure that the generality of the people of the region were accommodated.