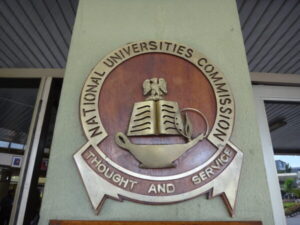 The National Universities Commission has announced the opening of applications for the Chevening scholarships of the Government of the United Kingdom.

The announcement by the NUC comes amid the seven-month-old strike by the Academic Staff Union of Universities.

A letter signed by the Deputy Executive Secretary, Administration, of the NUC, Chris Maiyaki, addressed to all vice-chancellors, called on Nigerians to apply to benefit from the scholarships.

“The British High Commission has announced the call for applications for the Chevening Scholarships to study in the UK, which opened on 2nd August 2022 and closes on 1 November 2022.

“The Chevening Scholarships are fully funded scholarships to individuals from any background, who demonstrate the requisite skills and commitment necessary to bring about positive change.

“Consequently, I write to forward the Call Letter to Vice-Chancellors, for urgent attention and wide circulation in your various universities. Interested individuals are expected to submit their applications via www.chevening.org/apply.

“A detailed information on the eligibility criteria and scholarship specifications can be found on www.chevening.org/scholarships.

“As was the case in previous occasions, please, accept the renewed assurances of the Executive Secretary’s highest considerations.”