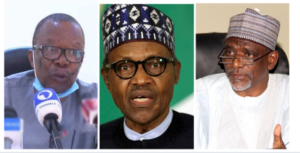 A group of Alumni Associations of Nigerian Universities have warned that the lingering strike of the Academic Staff Union of Universities could lead to disastrous consequences for the nation.

In a letter on Monday, the group urged the Federal Government and ASUU to come together and resolve the impasse.

ASUU has been on strike for more than six months.

Read the group’s full statement below:

The under-listed Alumni Associations of Nigerian Universities have expressed concern over the unabated crises between the Academic Staff Union of Universities and the Federal Government and the continued closure of universities in Nigeria.

In a letter signed by the Presidents of the University Alumni Associations, the concerned associations stated that no nation wanting to get to the Promised Land, and indeed aspiring to be a member of the comity of enlightened
nations would toy with education. They stated that globally, education is government-driven followed by other linked chains like lecturers, parents, students and other stakeholders. In this connection, the associations called on the Federal Government to urgently put in place a mechanism to holistically address the concerns and demands of the striking lecturers and other University staff.

The associations drew the attention of government to the recurrent crises in the country, especially the spate of terrorism, banditry, kidnappings, money rituals, prostitution, and other social vices, and noted that these are some
of the consequences of youths not being critically engaged.

A situation where millions of students are locked out of campuses portends a grave danger for the county, the associations lamented. They disclosed that the all-time honoured aphorism that an idle brain is the devil’s workshop
was instructive, and government should ensure that the crises in the county are not further exacerbated by allowing these youths to be willing tools for social vices.

The Association called on the Presidency to wade into the matter as a matter of utmost concern so that all contending issues are speedily and expeditiously resolved.

On the other hand, the Association is pleading with the leadership of ASUU to sheath its sword and recall its members back to the universities as they have made their point.

The opinion of the members of the public generally is in favour of resumption of academic activities in the universities that have been closed for over six (6) months now.