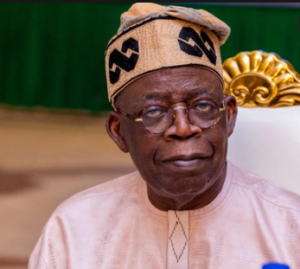 An All Progressives Congress group, the South-West Grand Alliance For Tinubu-Shettima 2023, has said that though APC presidential candidate, Bola Tinubu, did not found Lagos State, he transformed the state with his “blueprint”.

“We are not saying that Tinubu brought Lagos; what we are saying is that Tinubu transformed Lagos and people must face that reality,” he added.

On his part, another APC Chieftain, Tunde Bank-Anthony, who spoke on the programme alongside Badmus on the programme, said Tinubu cannot take glory for the achievements of his successors.

However, Badmus emphasised that Tinubu laid the foundation of modern Lagos for his successors – Babatunde Fashola, Akinwunmi Ambode, and Babajide Sanwo-Olu – to build upon.

He said, “When you are talking of Ambode, Fashola, Sanwo-Olu, all these are products of Tinubu’s school of thoughts. As at 1999, Tinubu has a 25-year development plan both in the short term, medium term and long term which all successive governors of Lagos State are working on. Do you know that the Blue and Red Line train that people are talking about now are in the blueprint Tinubu made as at 1999.