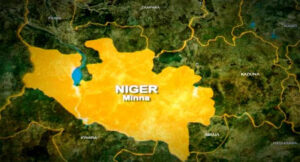 This is to pave way for smooth and unhindered access by members of the committee to enable them to discharge their duties diligently.

He alleged that most of the suspended local government chairmen have collected the loan without following due process which he said is unacceptable by the Niger State House of Assembly.

According to him, the problem had added an extra burden to the smooth running of local government administration in the state.

Abdulmalik Madaki Bosso, however, added that the deduction of N8m each from local government councils for loan repayment be suspended for the failure of the ministry to obtain house resolution as provided in Section 97 Subsection One of the Local Government Councils 2001 as amended.

Spread the love ...let others enjoy this story
Share
Previous Over 400 Young Police Constables Protest Non-Payment Of 18months Salaries
Next Nigerian woman gives birth at 33,000ft on flight from Turkey to the UK