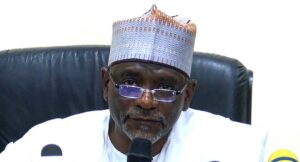 The Minister of Education, Adamu Adamu, says there is nothing wrong with Nigerians seeking university education in other African nations and elsewhere.

Reports suggest that about 75, 000 Nigerians are studying in these Ghana, Benin Republic, and Egypt but the minister, who spoke on Wednesday, said the development is not new.

“It is not a bad reputation in the sense that people going out to study is not a bad thing,” he said during the show. “The only thing you have to say is that our universities should try to attract students so that instead of money going out, money will come in.”

He dismissed claims that parents send their children to study in other African universities due to the instability of Nigeria’s educational system, saying the internationalisation of schools means people can study anywhere.

“So, going out to study can never be a problem to anybody,” he argued.

The minister, who also spoke about the lingering Academic Staff Union of Universities (ASUU) strike, said the Federal Government has made an offer to the varsity teachers.

According to him, the government has proposed a one-time package for the striking lecturers, explaining that it won’t be paid in installments.

The minister said President Muhammadu Buhari is sad about the protracted strike which is over 200 days, promising to ensure that the dispute is resolved.

“Fellow Nigerians, I sit here promising you I will do the best I can to see that the ASUU strike is called off, and even without making this pledge to you, my intention is to immediately after this interview, I am going to meet the president of ASUU and it is not going to be a social visit. It is just in continuation of what we have been doing before,” he said.

“I am telling you, I do not have the words to tell the nation the weight I feel of this strike on my shoulders and I will do the best I can to end it.”