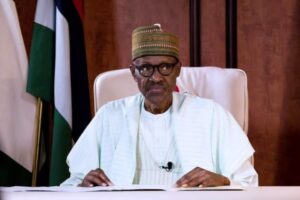 No fewer than 166 ex-agitators in Bayelsa State, under the auspices of the Presidential Amnesty Programme (Phase 2), have tackled the Interim Administrator of PAP, Col. Milland Dixon Dikio (rtd.), over alleged non-payment of their stipends of N65,000 for over a year.

They accused Dikio, who is also the Special Adviser to the President on PAP of being responsible for the rising waves of crude oil bunkering activities in the Niger Delta region.

Speaking on behalf of the aggrieved 166 ex-militant leaders, Chairman, Phase 2, ‘General’ John Esuku, claimed that the refusal of the Amnesty Office to pay over 6,000 ex-agitators their N65, 000 monthly stipends for the past one year had driven a lot of jobless youths in the region to return to the creeks to resume artisanal crude refining.

Esuku explained that despite several letters sent to the Amnesty Office for a meeting to resolve the issues surrounding the non-payment, the Federal Government had gone ahead to pay billions of naira for the pipeline surveillance contract.

He further said that after an enlarged meeting, they had resolved to give the Amnesty boss an ultimatum of 14 days to honour their invitation to a meeting to resolve the issues affecting the payment of their stipends or they would take to the streets of Abuja to protest after the expiration of the ultimatum.

He said: “The reason the Federal Government established the Presidential Amnesty Programme was to build peace in the Niger Delta region. Secondly, it was intended to avert the high rate of crude oil theft that has affected petroleum revenue that accrues to the country. So far, many persons have run that office and did their best to restore peace in the region.

“From the inception of the Amnesty programme, there has been peace in our region but since Dikio took over, the rate of crude oil theft has increased drastically. And the reason for this ugly trend is that the Dikio-led Amnesty Office has refused to pay over 6,000 beneficiaries for reasons best known to them alone.

“For the records, we are speaking on good authority that the monthly stipends of these over 6,000 beneficiaries have been withheld for over a year now. And as a result of this, many of the affected persons have returned to the creeks to engage themselves in crude oil bunkering activities, just to survive the hardship in the country.

“The worse of it all is that the Amnesty boss, Dikio, has repeatedly refused to honour an invitation from the affected beneficiaries for a meeting to resolve the issues surrounding their predicament.

“The question now begging for answer is, why spend billions to pay pipeline surveillance contractors, when paying 6000 persons already captured in the Amnesty Program N65, 000 monthly would solve the issue of crude oil theft?

“Another wrong thing he is doing is that whenever he gets approval to send 1,700 beneficiaries to universities to study on scholarship for example, by the time you go to the universities, you would find only 1,000 persons. We don’t know what happens to the money of the remaining 700 persons. I must say that, since he took over, the peace in the Niger Delta region is gradually fading away.”

Esuku said with what had been going on, if the Federal Government decides to retain or reappoint Dikio, the ex-agitators would go to Abuja for a mass protest.

He added that if the relevant authorities failed to heed their demands, they would be left with another option but to return to the creeks and recommence crude oil bunkering activities.

“We are hereby giving Dikio a 14-day ultimatum to respond to our letters for a meeting or face a mass protest,” the ex-militants’ leader stated.