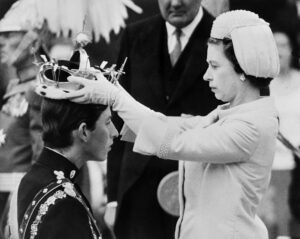 Queen Elizabeth II’s eldest son, Charles, Prince of Wales, has finally become king. But at 73, the focus of his reign will be his age — and the declining influence of the British monarchy around the world.

Charles has spent virtually his whole life as heir apparent and has become a familiar figure in his own right, even as he starts a new job at an age when most people have retired.

But in stark contrast to the neutrality his mother observed, he has at times courted controversy with strongly held views that have made him a more outspoken, divisive figure.

While princess Elizabeth became queen aged 25 to huge popular support in a Britain recovering from World War II, the public has had decades to form its opinion — good or bad — of Charles.

According to one YouGov poll in May 2022, he had a 56 percent approval rating — well behind the queen (81 percent), his eldest son Prince William (77 percent), and William’s wife, Catherine (76 percent).

Since the death of his father Prince Philip in April 2021 and his mother’s declining health, Charles has been noticeably more visible, tightening an inner circle around him with Camilla, his youngest brother Edward, William and Kate.

“Whatever happens, he’s not going to have a long reign and that’s going to be difficult for him,” said royal author Phil Dampier.

“But he’s known this for a long time, and I think people are now going to start to be looking at William and Kate for the future,” he told AFP.

Born on November 14, 1948, Charles became heir to the throne at the young age of three years and three months.

His first official engagements came in the 1970s and as heir, his role has primarily been to support his mother “in her role as a focal point for national pride, unity and allegiance”.

He has welcomed dignitaries on her behalf, attended states dinners, travelled as her overseas representative to more than 100 countries, and presented honours in her name.

The world knows him best not just for his fairy tale wedding to Lady Diana Spencer in 1981 but also their very public estrangement and divorce in the 1990s.

But while that has cemented public opinion against him for some, Charles has been largely rehabilitated since his marriage to Camilla — and proved correct about his early warnings on the environment that saw him initially labelled a crank.

An advocate for sustainability, alternative medicine and gardening — so much so he once admitted talking to his plants — since 2007 Charles has published his own carbon footprint.

He heads or is involved with more than 420 charities, including the Prince’s Trust, which has helped more than one million young disadvantaged people since it was created in 1976.

But in recent months his former senior aides have been embroiled in scandals about donations, prompting a police investigation.

The queen in 2022 settled years of speculation about what Charles’ second wife, Camilla, Duchess of Cornwall, should be called.

But Camilla, who married Charles in a civil ceremony in 2005, chose not to take the title of princess of Wales, given its associations with Diana, who died in 1997.

Instead, she said she intended to become “princess consort” — a first in British history.

But the queen said in a message to mark her 70th year on the throne that it was her “sincere wish” Camilla should be known as queen consort when Charles becomes king, effectively giving her a seal of approval.

In keeping with the Latin maxim “Rex nunquam moritur” — the king never dies — there is no interregnum and the accession is immediate.

There has been much speculation over the years about what name he will choose: Charles Philip Arthur George has four to pick from.

And although he is under no obligation to do so, he will likely become Charles III, making him the first king of that name to sit on the British throne since 1685.

Royal author Bob Morris said he could still spring a surprise but it’s not likely.

The question will be answered when the Accession Council, a ceremonial body which meets on the death of a monarch, proclaims him king at St James’s Palace in central London.

The coronation — a unique ceremony imbibed with centuries of tradition — should take place in the weeks to come, once the immediate shock at the queen’s death has passed.

The queen herself was crowned in June 1953, some 16 months after she was proclaimed queen on the death of her father, king George VI.

Morris called that event “the last imperial hurrah” when some 8,250 people crammed into Westminster Abbey to watch her coronation, and millions more on television.